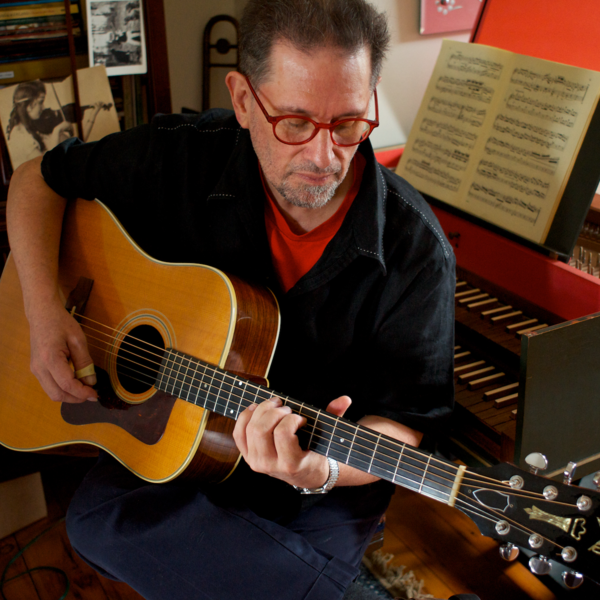 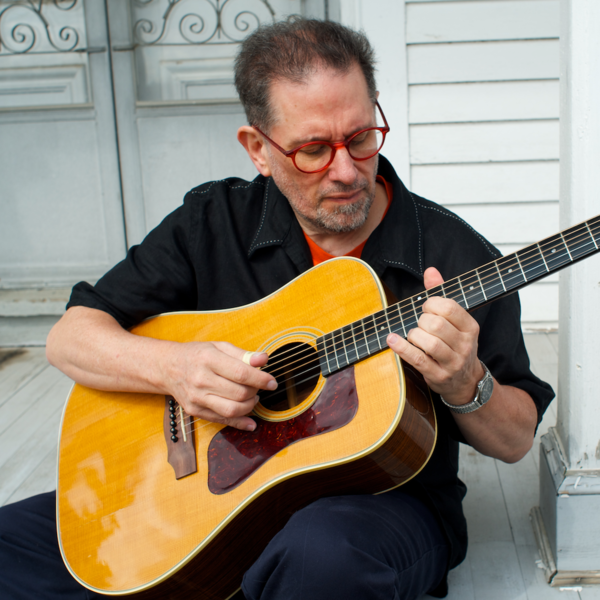 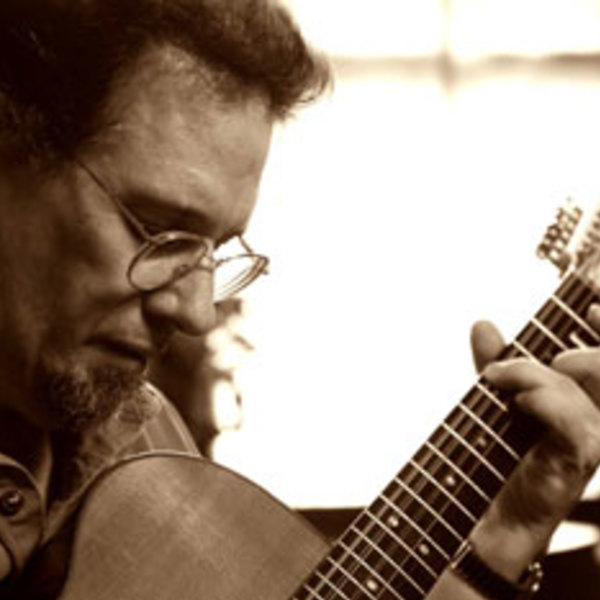 "The best guitarist you never heard of." –The Boston Globe

Glenn Jones began playing guitar when he was 14 (after discovering Jimi Hendrix’s Axis: Bold as Love) and is today one the leading proponents of American Primitive Guitar, a style invented in the late 1950s by his friend and mentor, John Fahey.

Glenn turned away from the guitar’s standard E A D G B E tuning some 40 years ago and began creating his own tunings (he estimates he’s invented more than a hundred). These and his use of custom-crafted two-, three- and four-string partial capos are Jones’ way of escaping the known, thus allowing for the creation of new pieces of music, each of which requires its own chord shapes, fingerings, scales—and unique challenges: they are his way of navigating new and unfamiliar landscapes.

“It’s my hope,” he says, “that what listeners hear is not all the technical stuff that goes into the creation of my pieces  – the weird tunings and partial capos and all that—but the music, the feeling within these pieces.”

To date, Jones has issued seven highly lauded full-length albums, many of which have made critics' year-end "best of" lists (in such places as MOJO, Uncut, The Wire and many others).

His most recent albums are The Giant Who Ate Himself (2018), Waterworks (2017) and An Idea in Everything (2017), the latter a collaboration with drummer Chris Corsano and monologist David Greenberger.

Jones has written extensively about the leading lights of the American Primitive guitar style, namely John Fahey (with whom he was friends for nearly 25 years), and Robbie Basho. (Jones was friends with the guitarist until Basho's untimely death in 1986, and hosted the guitarist / singer's final tour of the East Coast).

He's written liner notes for several John Fahey albums, including his last, Red Cross. He produced and wrote notes for Fahey's posthumously issued 1968 live album, The Great Santa Barbara Oil Slick, and the massive five-CD box-set of Fahey's earliest and rarest recordings, Your Past Comes Back to Haunt You (2011), which he worked on for 11 years. (The album received rave reviews.)

Glenn has also produced and / or written liner notes for albums by Robbie Basho, Peter Walker and others.

His most recent effort is the double LP / CD compilation, The Thousand Incarnations of the Rose—An Introduction to American Primitive Guitar & Banjo, 1963-1974, for which Glenn selected the tracks, programmed the album, and wrote the set’s extensive notes.

Inspired by the release of the collection, The Thousand Incarnations of the Rose festival—held in April 2018 in John Fahey’s boyhood home of Takoma Park, Maryland—brought together for the first time more than 25 legendary and up-and-coming finger-style guitar and banjo players from the American Primitive / Guitar Soli movement. Along with Jesse Sheppard, Kathy Harr, and Steve Korn, Glenn was one of the festival’s organizers.

After dissolving his band Cul de Sac (which ran for just under 20 years and yielded nine albums, including collaborations with John Fahey and Damo Suzuki), Glenn began touring solo in 2003, often with guitar master Jack Rose. (Jones guests on several of Jack's albums, including his last, Luck in the Valley. The Things That We Used to Do, a DVD featuring hour-long solo sets from each artist, and a pair of duets, was issued in 2010.)

Since then Glenn has appeared all over the world.

...an incredibly adept fingerstyle guitarist whose technique always remains in service of the song... His vigorous leaps are daring but never reckless, and nearly always sublime.

...establishes the guitar aficionado as nearly being in a world of his own as far as technical prowess and emotional resonance goes... a wonderful and mesmerizing album of masterful guitar work from one of contemporary music's finest... a graceful, nuanced, tranquil affair...

...captivating... Jones' slide work on the resonator guitar sounds especially meaty, and when all six, and sometimes 12, strings start chiming as he fingerpicks, the effect is shimmering.

Jones has a solid grasp of the fundamentals, not just of his instrument, but also of music-making in general. He obtains attractive and varied tones from his several open-tuned acoustic guitars, and fashions them into involving, carefully drawn and skillfully paced audio narratives that impart emotions ranging from sweet affection to complicated grief... declare[s] Jones to be a musician whose moment has arrived.

Jones couldn't be more pliant, blending Old World into New... he dedicates himself to mastery on a downright thrilling listen that threatens to elevate his chosen idiom to renewed prominence.

...both daring and accessible... Jones is a talent who deserves a larger audience...