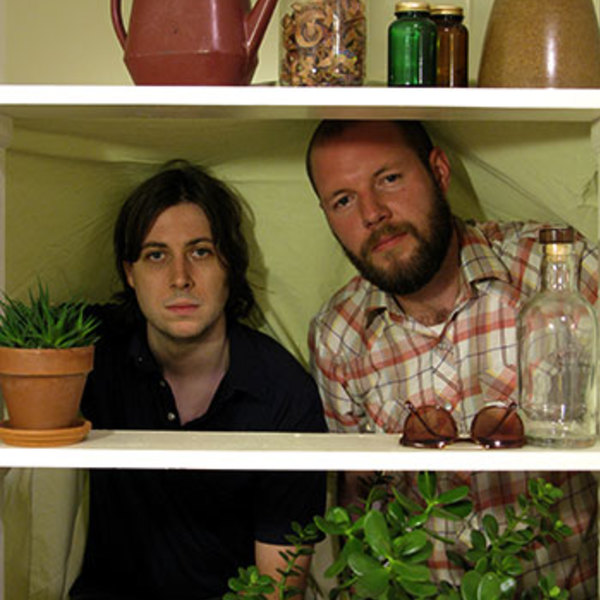 Mountains is Brendon Anderegg and Koen Holtkamp, friends since their middle school days. The duo were brought together by mutual artistic and musical interests, and both ended up at the School of the Art Institute of Chicago. It was during this time that they began exchanging musical ideas and compositions which led to them founding the Apestaartje label in 1999. As their collaborations and individual projects blossomed, they decided to create Mountains as a vehicle for live performance.

A love of sculpting sound in front of an audience is at the heart of Mountains. The group has 3 albums: their first self-titled release and second album Sewn were both on Apestaartje; the third, Choral, on Thrill Jockey. Mountains is often compared to artists such as Brian Eno and Fennesz, citing their extended melodies and their unique broad guitar work. Mountains seamlessly blend pastoral electronic sounds with field recordings and a plethora of acoustic instruments. The resulting soundscapes are broad in scope and rich in detail. The effect is incredibly sublime and hypnotic as the sounds slowly wrap themselves around each other and alter themselves in the mind of the listener. Choral, their third album, is a uniquely soothing and addicting listening experience and an aural crazy quilt: warm and inviting with many details to discover and explore.