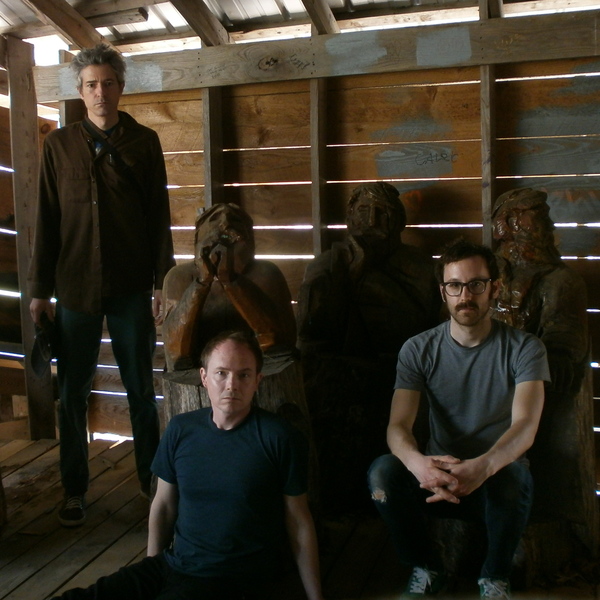 Neptune is a band from Boston, Massachussetts that initially began as a sculpture project. The band played its first show in a basement in late December of '94. Currently Neptune consists of three members playing home-made instruments. The music is noisy and uncombed, a concoction of busted garage and incorrect math created with bike parts, saws, old metal chairs, hobo electronics, amplified springs, metal drums with contact mics inside and other debris found in the trash. With several different members over the years, the music has evolved with the instruments, blending the traditional sounds of rock music with what sounds like mistake-day at the ball bearing factory. Jason sculpts most of the instruments out of scrap metal. Mark has taken an interest in electronics, culminating in the assembly of a small army of nifty synthesizers. Dan has mastered the fine art of building debt and breaking stuff.

Neptune really do accurately approximate in their music the tragic and violent desolation of the auto graveyards from which they draw their raw materials. The fact that the guitar and bass are built from metal affects the timbre of the instruments, the bass sounding harsh, almost distorted, while the guitar rings with surprising clarity. Percussionists John Douglas Manson and Daniel Paul Boucher naturally sound like they're banging on archaic VCR casings, gutters and miter boxes, but they play their traps as though they were normal drum sets, with Boucher contributing occasional scrapings on a violinish contraption that's the most alien texture on the record.